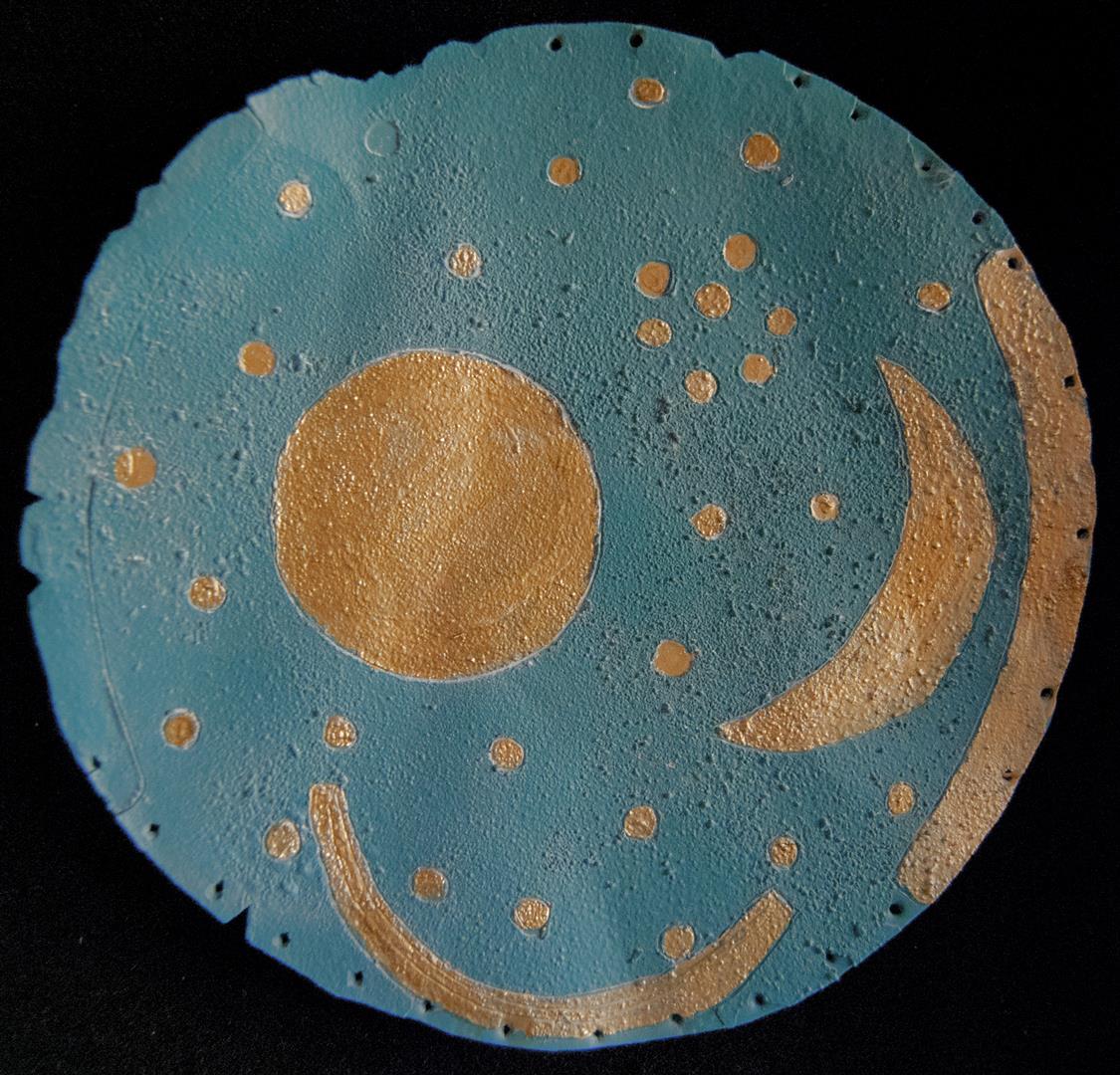 The Nebra Sky Disk is, to date, the oldest known depiction of the sky and astronomical phenomena. It is an archaeological find discovered in 1999 on Mount Mittelberg, near Nebra (Saxony-Anhalt, Germany). It is a bronze plaque with gold decorations, almost round, weighing about 2 kg and has a diameter of approximately 32 cm. It belongs to a culture of 3,600 years ago, whose skills were native.

Some claim that it was an astronomical instrument, in which are represented the sun, the moon, and 32 points that can represent stars (the Pleiades and other constellations) and two opposing arcs coinciding with the position of the “portion” of horizon East and West on which the sun rises and sets throughout the year.

There is also a representation of an arc, which some call “solar boat” or “ship”, about whose meaning there is no definitive agreement.

Others consider is as a simple abstract representation of the sky, with some decorative or ritual value , it may be part of the decoration of a shield (was found with two swords).

Dating is complicated, because although it has been determined that the burial dates from around 1600 BC, it is difficult for scientists to verify the date of construction, which may have been much earlier.

The disk as we see it now has a different aspect of the original, which has gone through various stages:

First: Representation of the sun, moon and 32 stars.
Second: Embedding two arcs on the horizon, (east-west).
Third: Overlay the “boat”.
Fourth: Drilling at the edges.

When it was buried, has missed one of the two horizon arcs.

Here you have the page of the museum where it is currently located:

Despite the lack of agreement and the many interpretations of its origin and function, it certainly is a valuable finding that has been included in the “Memory of the World” by Unesco.

Since we saw it a while ago we thought it was an object that had to decorate our house, and here is our interpretation. 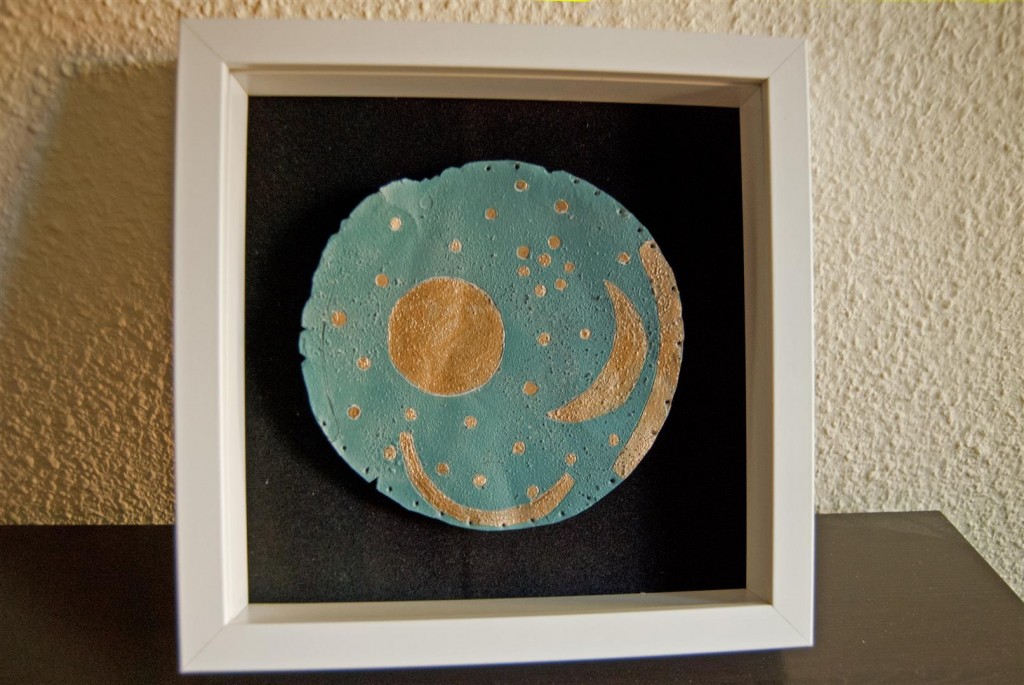 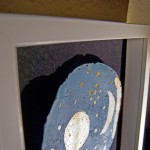 Made carved and painted by hand on an aluminum plate, a half scale. Has a diameter of 15 cm and is provided in a frame and protected with a front glass. 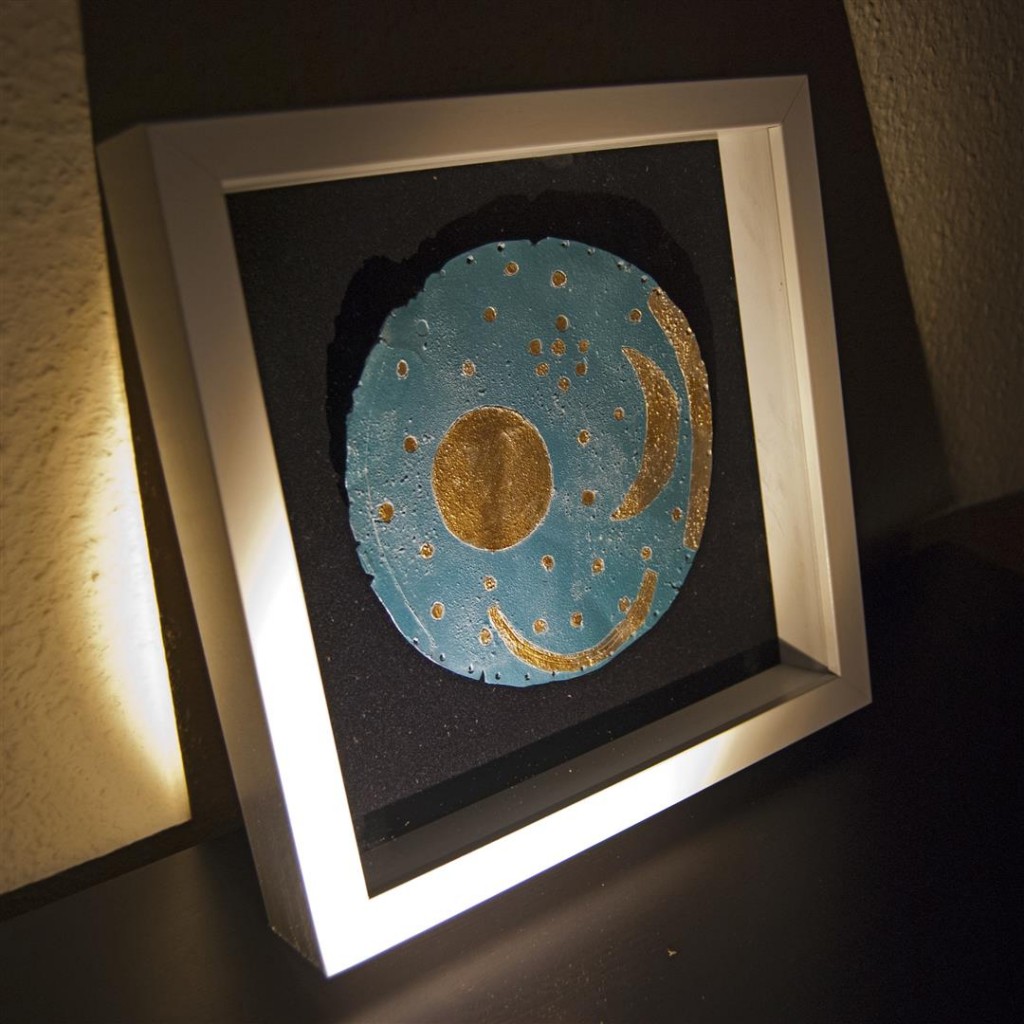 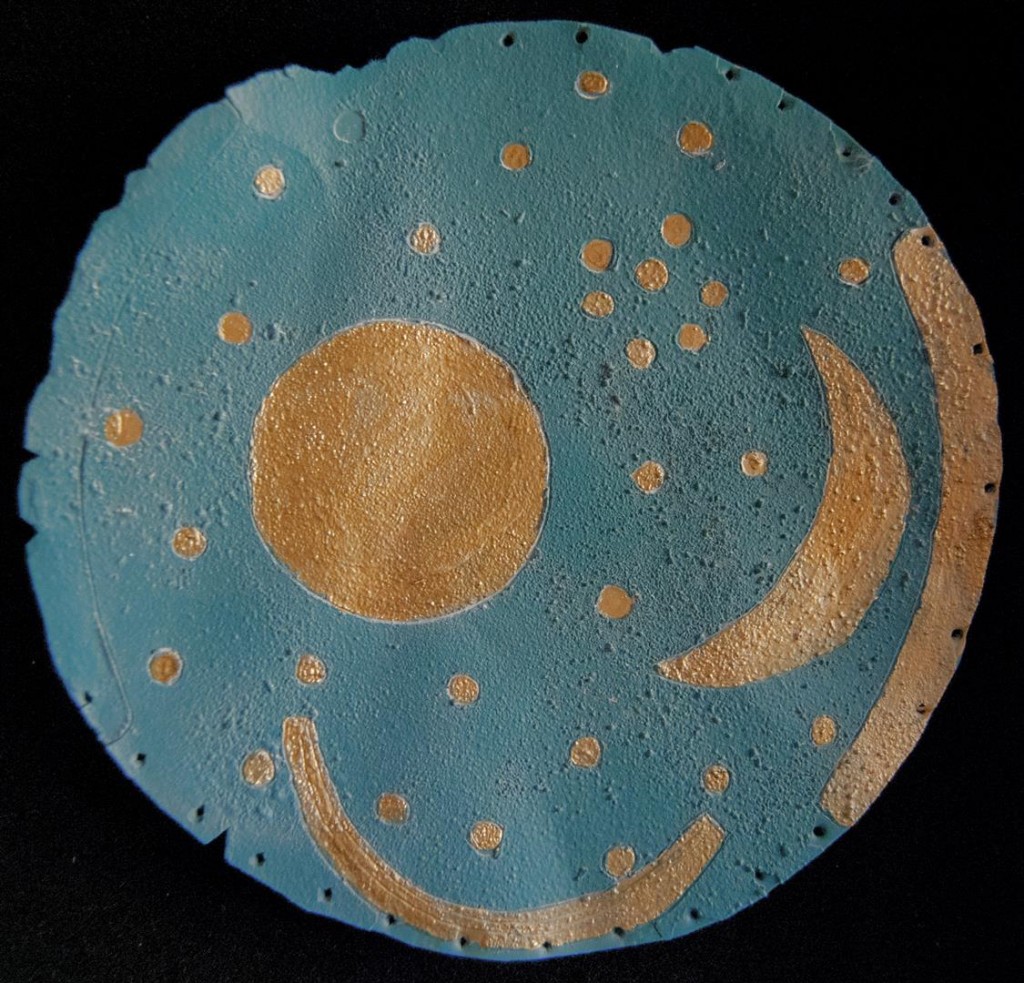