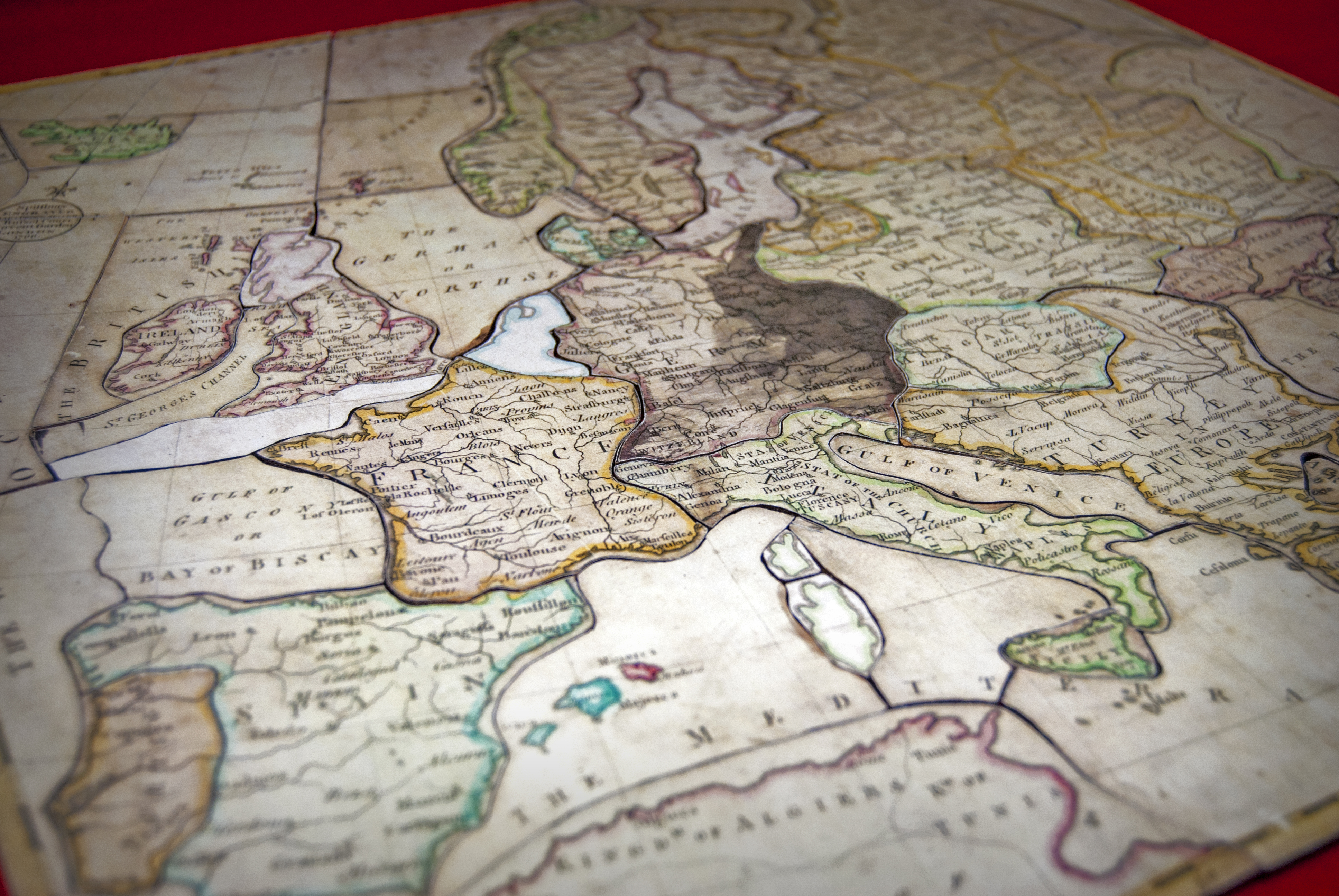 The history of the puzzles goes back to the second half of the s. XVIII when the cartographer and engraver John Spilsbury created for educational purposes, around 1767, the first puzzle of history by sticking one of its maps on a wooden board and cutting the countries by the borders.

Some sources point out that these first puzzles were created for the entertainment and education of the Prince of Wales (later George IV), whose education was in charge of Lady Charlotte Finch. Although there is evidence that she

had some of these puzzles, it can not be specified if they were an order of her.

Spilsbury was the first to commercialize the product, initially intended for upper classes, with several models of maps. From the world, Europe, Asia, Africa, America, England and Wales, Ireland and Scotland.

These maps were a great educational resource and they were continued using for it until the s. XX in which the use of the puzzles was popularized for recreational purposes.

The reproduction that we show you is of the map “Europe divided in its kingdoms” of which a copy in the British Library is conserved.

The original has 50 pieces, of which 5 (Scotland, the Channel, the Netherlands, Corsica and Sardinia) have been lost, and the Gulf of Finland is damaged. 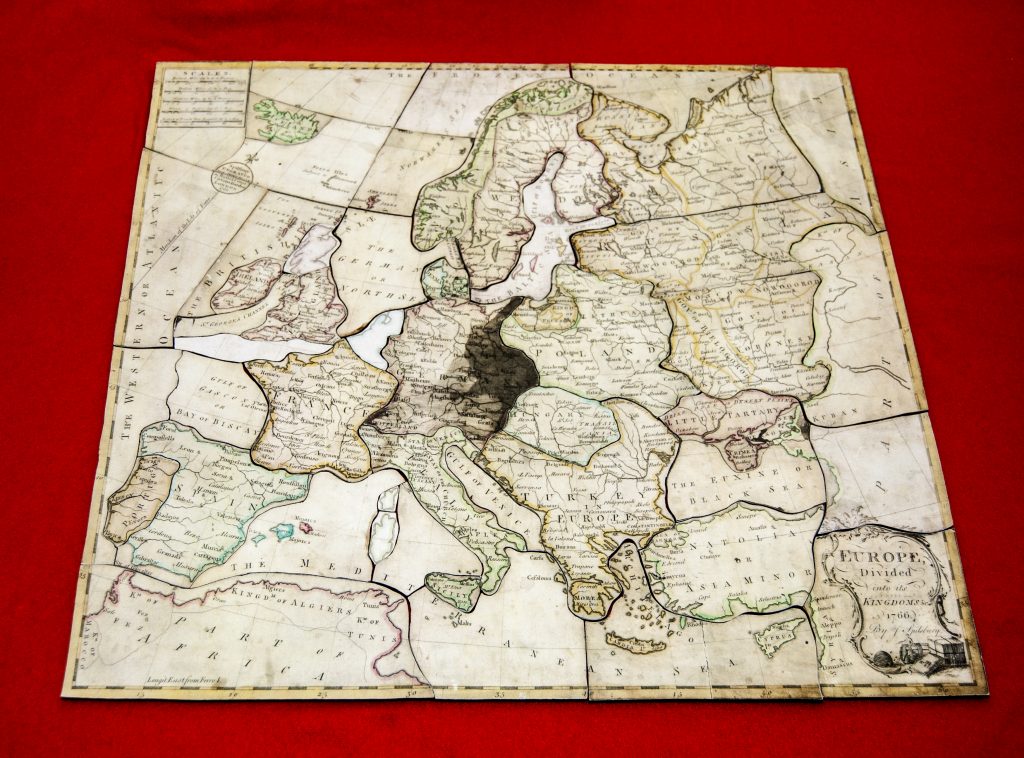 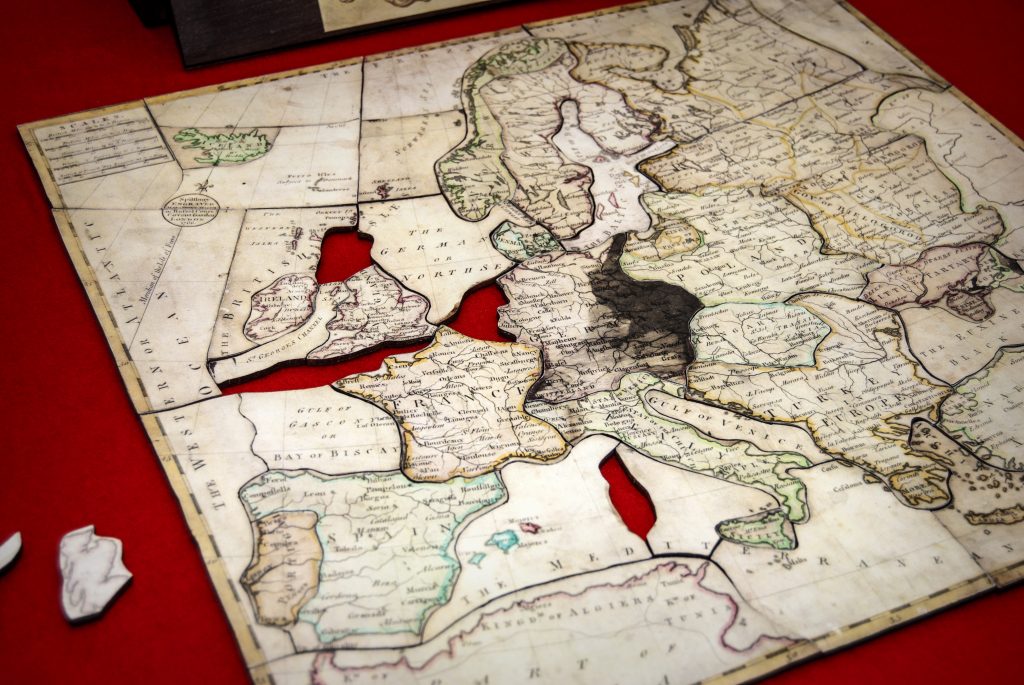 We have replaced these pieces by “blank maps” so that the map is complete but respecting the “historical” void of the pieces. 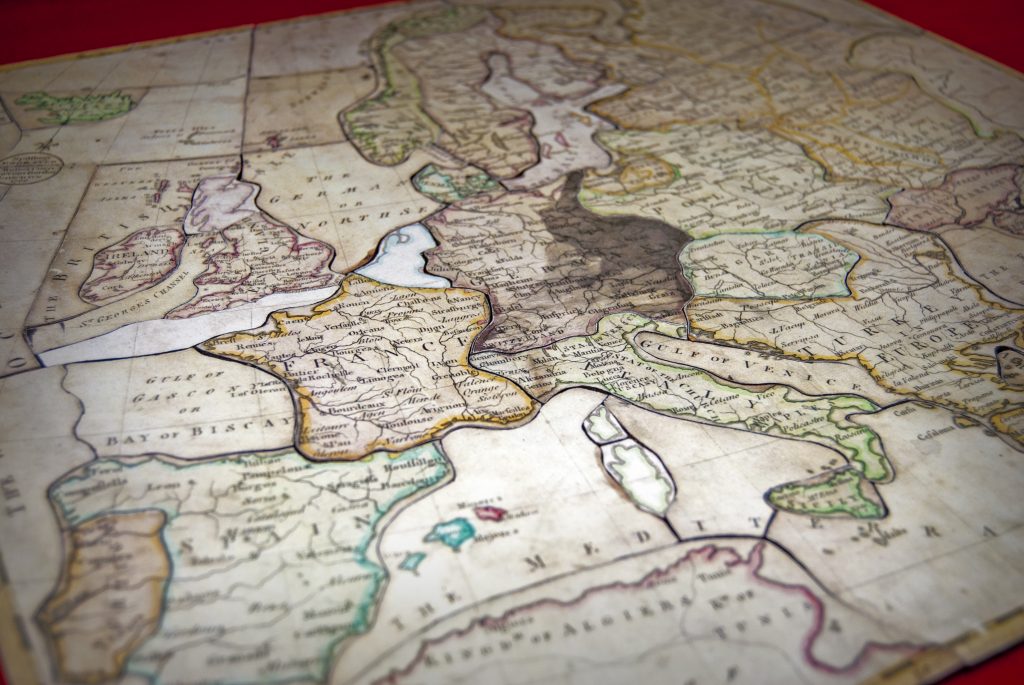 We have made it like the original, sticking the map on a board and cutting the borders with a saw.

Approximate measurements are 44 x 47 cm and its presented in a wooden box. 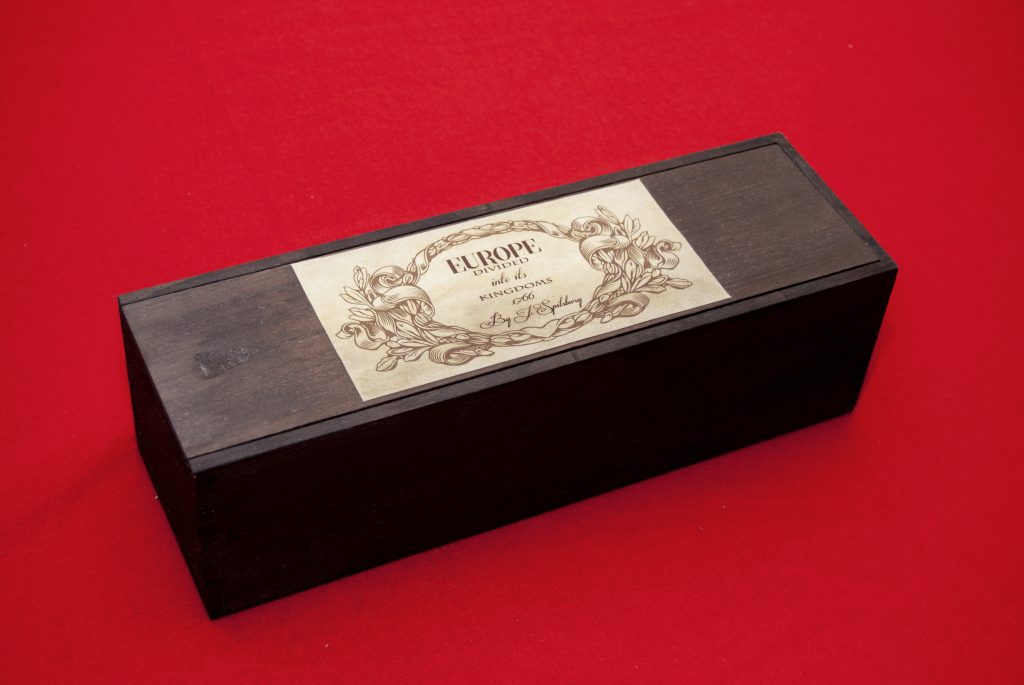 It is available in our online store.