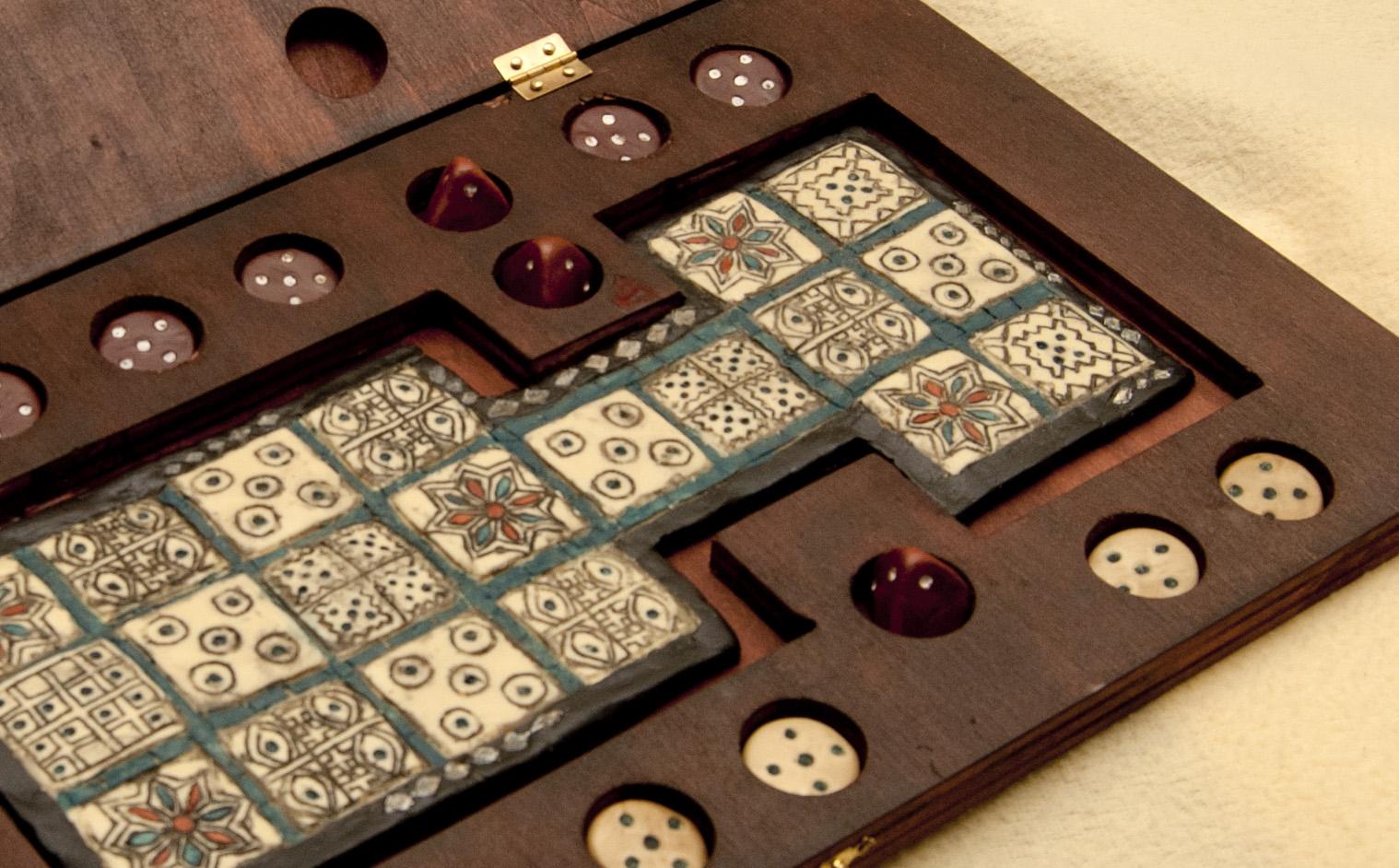 The Royal Game of Ur is one of the oldest known, next to the Egyptian game of Senet. Also called “game of 20 squares” and it was played in Mesopotamia in 2600 BC It is a game for two players, each with seven tiles (black and white) and three pyramidal dice.

The board and pieces are based on the tablets found in the city of Ur, one of the most important cities of ancient Mesopotamia during the excavations in the 1920s by British archaeologist Leonard Woolley. Excavations continued until 1934 and there were found sixteen graves they called the “Royal Tombs of Ur”. 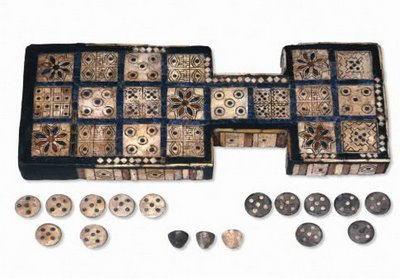 The pieces found, (one of them is preserved today in the British Museum) consist on a wooden board with inlaid shell, red limestone and lapislazuli, small shell discs and three pyramidal dice, marked in two of its vertices.

The twenty boxes are decorated with various designs, symmetrically distributed.

All different similar boards  found, have in the same position the five rosettes, so they are considered special boxes. Other tables are decorated with “eyes of luck” points and concentric circles.

The original rules of the game are unknown but there are several possible reconstructions based on a clay tablet with cuneiform writing (Babylonian origin of 177-176 BC) that suggests that it was a “persecution” game as Senet, predecessor of today Parcheesi and backgammon. 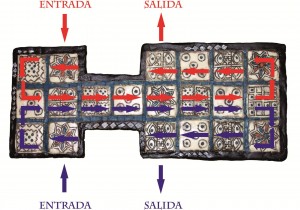 The two players move their pieces across the board according to their score on the dice.

Here we expose one of the versions, based on the interpretation of the British Museum:

Complete the tour with seven tiles before your opponent

The score of the dice according to the number of vertices labeled as follows:

– An unmarked vertex: One point, the turn passes to the opponent.

With the first roll of the dice we resolve who starts the game.

A chip on the board enters the input box if we get a roll of 4 or 5 points.

Once on board, the chips make their journey according to the score of the dice.

When the chips are in the middle row can be attacked if an opponent’s piece falls into the same box, so that the attacked piece will be removed from the board  to start again.

The rosette boxes are safe squares rosette, the chips are in a rosette can not be attacked.

To exit the panel a piece has to fall exactly at exit square, If the score is larger, travel in the opposite direction to completion, once there, the tab will travel when I get a score of 4 or 5.

Once in the exit box, we turn to the piece and follow the dash in reverse, to finish the tour of the input box. In this game mode, the chips may only be attacked by other going in the same direction.

We present here our interpretation of the board and pieces. 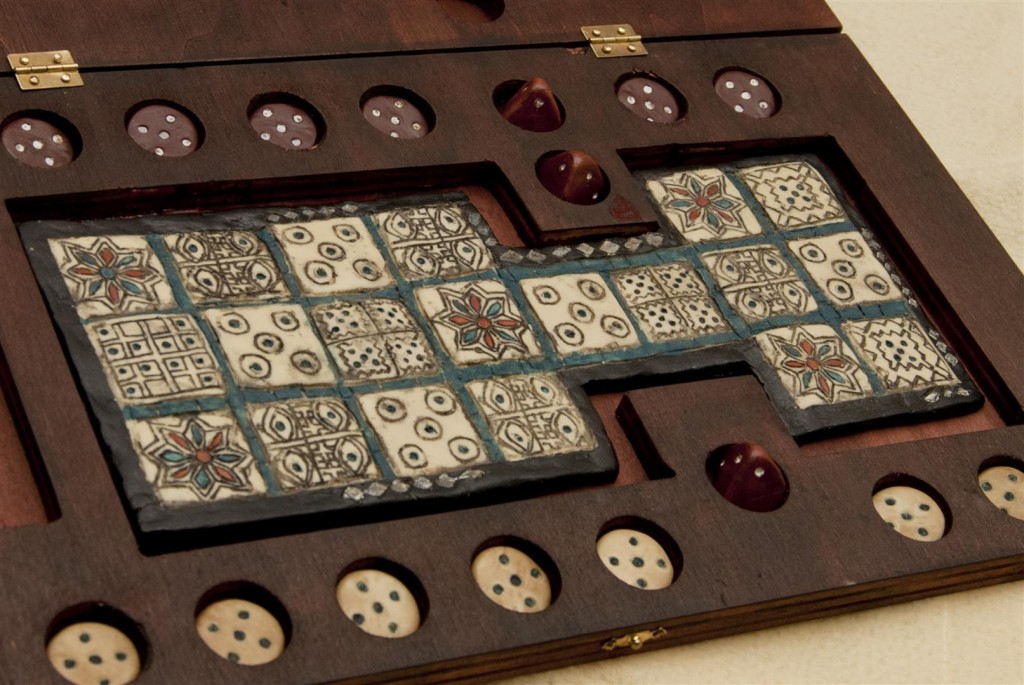 This is a reproduction hand painted resin.

It comes in a matching wooden box, with compartments for the different pieces.

Wooden box is not available now.

Available in our store.

One thought on “Royal Game of Ur”