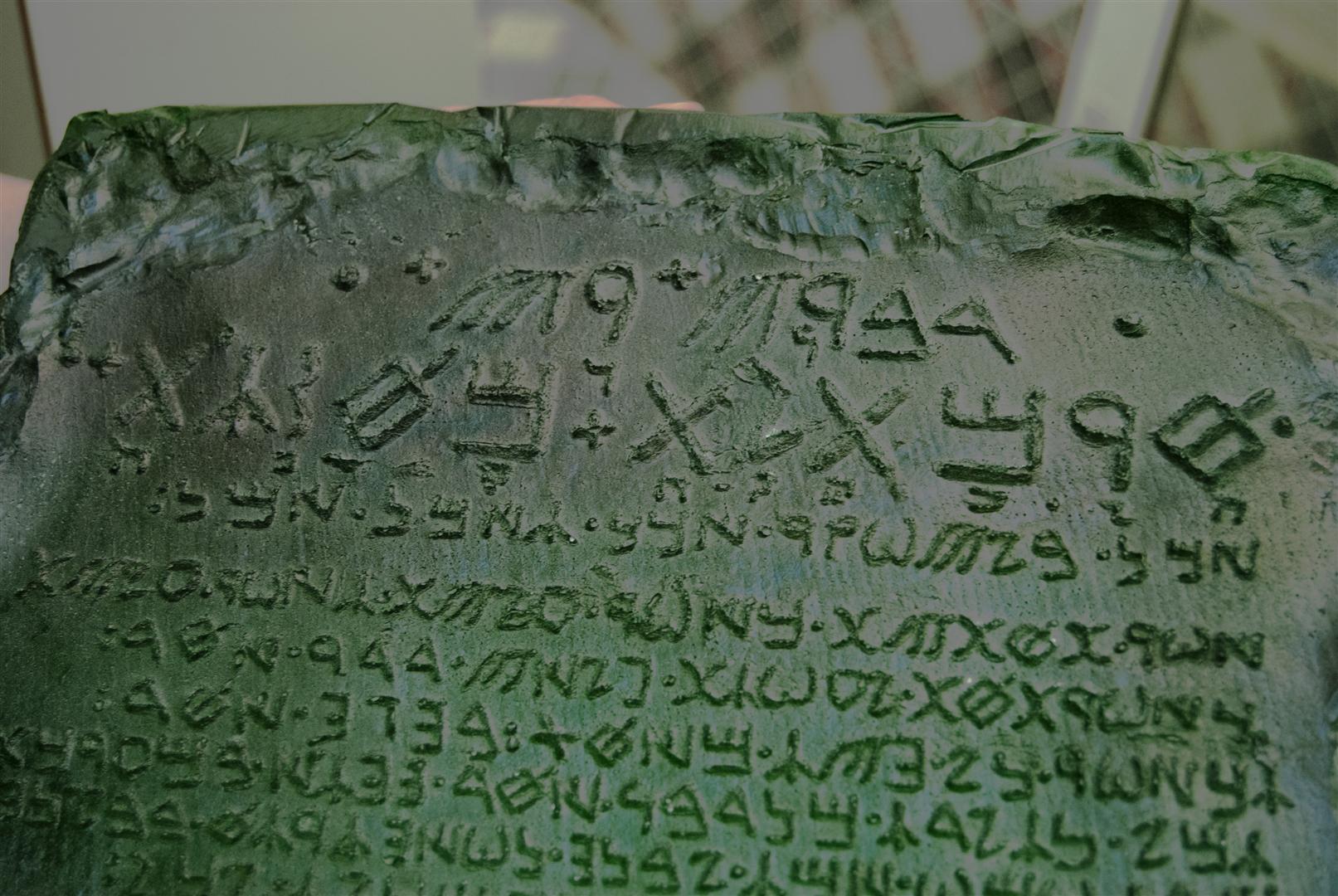 Today we bring you something that probably will be unknown, The Emerald Tablet. A brief intro taken from Wikipedia.

The Emerald Tablet, also known as Smaragdine Table, Tabula Smaragdina, or The Secret of Hermes, is a text purporting to reveal the secret of the primordial substance and its transmutations. It claims to be the work of Hermes Trismegistus (“Hermes the Thrice-Greatest”), a legendary Hellenistic combination of the Greek god Hermes and the Egyptian god Thoth.

Below are shown several translations including the Arabic, the Latin, and one from Isaac Newton. The compact and cryptic text was highly regarded by European alchemists as the foundation of their art, in particular of its Hermetic tradition. Interpreting the layers of meanings of the Emerald Tablet, from individual words to the overall meaning, is fraught with possibilities, but certainly Alchemy’s Magnum opus and the ancient, classical, element system are the basis of any sound explanation, as they provide a key to the ideas of earth, fire, sun, moon, etc., common to all the translations.

Two years and half ago to María Jesús was commissioned to replicate “The Emerald Tablet.” We had no idea wthat it was, but as we like challenges, began to inquire and she found a drawing of the tablet, sent by the “buyer” and we got down to work. First of all we would think how we could do it. Before the engagement we had made a replica of the “Tablet of the Grail” of “Indiana Jones and the Last Crusade” so we had little idea of how we could do. But this table, unlike the Indy, had the letters in low relief and not engraved.

Our replica is recognized by the International Alchemy Guild, as the “accepted version of what the Emerald Tablet really looked like.”

It was commissioned by the same association to be exhibited in the first museum of alchemy in the U.S., which is being built in the Egyptian Museum in San Jose, California.

Then we tell you how we did it.

At  last, we have given a touch of powder for look older and give greater realism. And now you know how to make your own Emerald Tablet. Should be in a museum … and thither goes.

3 thoughts on “The Emerald Tablet”